OK, so I’m in the middle of a debate with a bunch of other florists scattered across North America regarding the name of what we used to call Secretaries week, which this year is April 20-24th with April 22 being THE DAY! The day to send your Secretary/Administrative Professional Assistant some beautiful flowers from Smith’s to show them just how much you appreciate their efforts, and maybe even their coffee…

For years it was called Secretaries Day, a time to honor the “Secretary” in the office/company that did all the “dirty work”, paper work and you bosses know what I’m talking about, often the office had a secretary and then other office staff that were not quite as important as the head “secretary”.

But in this day of political correctness, several years ago the name of the week was changed to Administrative Professional Assistants Day (try to fit that on a sign) and the battle began to rage among florists, and it’s been brewing ever since.  What the heck should we call this event?

Secretaries Day?  or is it Administrative Professional Assistants Day??  What say you?  Leave us a comment below, we really would like to know what you think!

Thanks and have a great day!

We just wanted to show off our “test bunch” of Eufloria Happy Hour roses.  These roses arrived in our store on March 30th (15 days ago) and were held in our cooler for 5 days, then vased as we normally do for all of our orders and set out on our front counter. 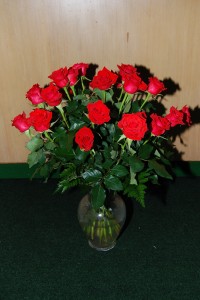 We constantly test the products we sell to be sure they meet our standards.  Thats one of the reasons we went to the extra expense of using Eufloria roses.  They far out preform any other roses we have tested to date.  Being grown in California and shipped in water they are fresher than any other rose we have seen or used. 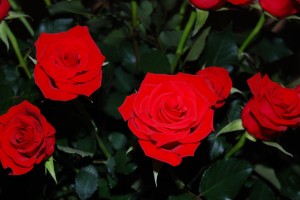 These images are untouched, and as they came out of the camera, so please excuse the image quality.  We did not want to re-touch them as that would not present the “truth”.

Stop in to Smith’s Flowers in Midland MI and let us show you our roses from Eufloria… we’re impressed, and think you will be too! 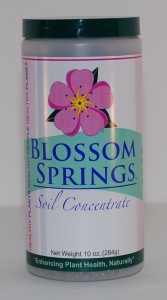 This product is designed to be mixed right into your potting mix for vegetable plants, blooming plants and plants of any kind.  Mix it in before potting up your “starts” for this summers garden, or your planter boxes for more blooms, more color, longer life and a higher yeild.

Smith’s Flowers in Midland Michigan, uses Blossom Springs® Soil Concentrate on all of our potted plants that we sell, making our plants more healthy, hearty and colorful and vibrant than anyone elses in town.  We see a big difference and are sure you will too.